Anemia: Premature babies are often anemic. This means that they do not have enough red blood cells. Normally, the fetus stores iron during the latter months of pregnancy and uses it after birth to make red blood cells. Infants born too soon may not have had enough time to store iron. Loss of blood from frequent blood tests also can contribute to anemia. Anemic infants may be treated with dietary iron supplements, drugs that increase red blood cell production or, in some cases, a blood transfusion.

Apnea: Premature babies sometimes do not breathe regularly. A baby may take a long breath, then a short one, then pause for 5 to 10 seconds before starting to breathe normally. This is called periodic breathing. Apnea is when a baby stops breathing for more than 15 seconds. Apnea may be accompanied by a slow heart rate called bradycardia. Babies in the NICU are constantly monitored for apnea and bradycardia (often called “A’s and B’s”).

Bronchopulmonary dysplasia (BPD): This chronic lung disease is most common in premature babies who have been treated for respiratory distress syndrome (RDS) (see below). Babies with RDS have immature lungs. They sometimes need a mechanical ventilator to help them breathe. Some babies treated for RDS may develop symptoms of BPD, including fluid in the lungs, scarring and lung damage.

Babies with BPD are treated with medications to help make breathing easier. They are slowly weaned from the mechanical ventilator. Their lungs usually improve over the first two years of life. But some children develop a chronic lung disease resembling asthma. BPD also occasionally occurs in full-term newborns after they have had pneumonia or other infections.

Hypoglycemia:  Hypoglycemia is low blood sugar (glucose). It is usually diagnosed in a baby shortly after birth. Babies born to mothers with diabetes have their glucose levels checked regularly to assess for hypoglycemia. Early feeding and an intravenous glucose solution help to prevent and treat hypoglycemia.

Intraventricular Hemorrhage (IVH):  IVH refers to bleeding in the brain and is most common in the smallest premature babies (those weighing less than 3 1/3 pounds). The bleeds usually occur in the first four days of life. Bleeding generally occurs near the fluid-filled spaces (ventricles) in the center of the brain. An ultrasound examination can show whether a baby has had a brain bleed and how severe it is.

Brain bleeds usually are given a number from 1 to 4, with 4 being the most severe. Most brain bleeds are mild (grades 1 and 2) and resolve themselves with no or few lasting problems. More severe bleeds can cause difficulties for the baby during the hospitalization and possible problems in the future. Some will require careful monitoring of the baby’s development throughout infancy and childhood.

Jaundice:  Babies with jaundice have a yellowish color to their skin and eyes.  Jaundice occurs when the liver is too immature or sick to remove a waste product called bilirubin from the blood. Bilirubin is formed when old red blood cells break down.  Jaundice is especially common in premature babies and in babies who have blood type incompatibilities with their mothers (such as Rh disease, ABO incompatibility or G6PD disease).

Necrotizing Enterocolitis (NEC):  This potentially dangerous intestinal problem most commonly affects premature babies. The bowel may become damaged when its blood supply is decreased. Bacteria that are normally present in the bowel invade the damaged area, causing more damage.

Babies with NEC develop feeding problems, abdominal swelling and other complications. If tests show that a baby has NEC, he will be fed intravenously while his bowel heals. Sometimes damaged sections of intestine must be surgically removed.

Persistent pulmonary hypertension of the newborn (PPHN): Babies with PPHN cannot breathe properly because they have high blood pressure in their lungs. At birth, in response to the first minutes of breathing air, the blood vessels in the lungs normally relax and allow blood to flow through them. This is how the blood picks up oxygen. In babies with PPHN, this response does not occur. This leads to a lack of oxygen in the blood, and sometimes to other complications including brain damage. Babies with PPHN often have birth defects (such as heart defects) or have suffered from birth complications.

Babies with PPHN often need a mechanical ventilator to help them breathe. They may be given a gas called nitric oxide through a tube in the windpipe. This treatment may help the blood vessels in the lungs to relax and improve breathing.

Pneumonia: This lung infection is common in premature and other sick newborns. A baby’s doctors may suspect pneumonia if the baby has difficulty breathing, if her rate of breathing changes, or if the baby has an increased number of apnea episodes.

The doctor will listen to the baby’s lungs with a stethoscope and then do an X-ray to see if there is excess fluid in the lungs.  Babies with pneumonia are generally treated with antibiotics. They also may need additional oxygen until the infection clears up.

Babies with RDS also may receive a treatment called C-PAP (continuous positive airway pressure). The air may be delivered through small tubes in the baby’s nose, or through a tube that has been inserted into his windpipe. As with surfactant treatment, C-PAP helps keep small air sacs from collapsing. C-PAP helps your baby breathe, but does not breathe for him. The sickest babies may temporarily need the help of a mechanical ventilator to breathe for them while their lungs recover.

Retinopathy of Prematurity (ROP):  ROP is an abnormal growth of blood vessels in the eye. It occurs most often in babies born before 30 weeks of pregnancy. ROP can lead to bleeding and scarring that can damage the eye’s retina (the lining at the rear of the eye that relays messages to the brain). This can result in vision loss. An ophthalmologist (eye doctor) will examine the baby’s eyes for signs of ROP.

Sepsis:  Some babies are admitted to the NICU to determine if they have this potentially dangerous infection of the bloodstream. The infection is caused by a germ which the baby has had difficulty fighting off. Certain lab tests, cultures, and X-rays can help diagnose this condition. These tests may be recommended if your baby has symptoms such as temperature instability, high or low blood sugar levels, breathing problems or low blood pressure. The condition is treated with antibiotics, and the baby is monitored closely for an improvement in symptoms.

If your infant is small and premature or very sick at birth, the initial feedings will begin slowly with tiny amounts. The premature bowel is very fragile and about the thickness of tissue paper, so we must be cautious. Read More about “Family Friendly Feeding”… 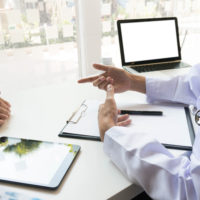 Our group and the High risk OB’s having a meeting to discuss all these cases every month and the cases that are especially complicated require pre-natal counselling. Read More about “Prenatal Counseling”…

When a fetus or newborn is diagnosed with a life-threatening condition, no matter how early or late in the pregnancy, it is a loss that parents grieve. Read More about “Palliative Care”… 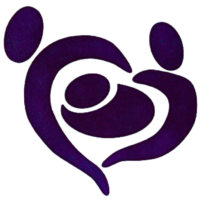 Care for the Tiniest Infants 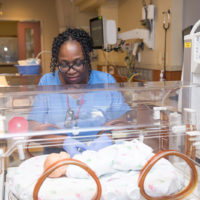 Hospitals throughout south-central Wisconsin turn to our NICU experts when they need advice about a patient. Newborns are often transferred to SSM Health St. Mary’s via helicopter or ambulance. Read More about “Care for the Tiniest Infants”…